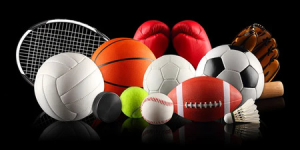 Denariss “Zilla” Jacobs was born on December 16, 1975, in Chicago, Illinois, to Sammie Lee Jacobs (who preceded him in death) and Mary Helen (Hayes) Jacobs. He attended Medill Elementary School, St. Joseph High School, and Iowa Lakes Community College. He was employed by various companies throughout his youth and then started his construction career at Cutler Repaving in July of 1994. On October 8, 2010, he was united in holy matrimony to Redd Jacobs. From the moment they met, it was love at first sight. He loved her wholeheartedly. They have walked together since the moment they met, and they truly embodied the essence of marriage. For richer or for poorer through sickness and in health, he believed she was cut from his own ribs. In Zilla’s words, “Red, no man, woman or child can break what God has brought together!

Denariss was a God-fearing man that had a strong belief in God! He was a devoted father and family man. He enjoyed spending time with family and playing with action figures in his spare time (he was a big kid at heart). He took pride in knowing that he was able to travel to over 50 states and 3 countries with his main man Dyce. Zilla was the life of the party; If you were around him, you would laugh, party, & have a good time. He enjoyed life and living with a charismatic smile, charm, attitude, and style that reflected everywhere he went, and you knew when he was around. Denariss had a knack for seeing things differently with his humor and jokes, which many

did not understand. He used his gift of laughter in countless ways to console others, diffuse situations, lift and support others, and show that all though their bad, sad, & difficult times, you can still “smile.” God saw the “best” in him! Denariss was a nonsense man with a heart of gold, and if you got on his bad side, you paid the price. His love for children and family was undeniable. Zilla loved the kids and used every opportunity to encourage them to believe in themselves and be the best they could be. He impacted everyone he came across; He was so loved!

We the family of Denariss Marcell Jacobs wish to express our sincere thanks and appreciation to all for your prayers, cards, phone calls, texts, words of encouragement, and support during our time of bereavement.  The family will personally acknowledge your kindness at a later date.

Zilla and I grew up together from boys to men. We played basketball together. We won and lost together. We never played against each other because we did not want to be foes. We had disagreements. We had a lot of disagreements. We had a whole lot of disagreements! They always ended the same… “man, you know I love you, man… you know I love you too, where are we going to get something to eat at”? I think he enjoyed the disagreements because he knew we was eating after. Football season Vikings vs Bears twice a year we looked forward to that.  I also teased him about how the Vikings is never winning a super bowl which now I wish they would have won for you. You did see Stephen Curry win his first finals MVP; I know you wanted that bad for him.

You lived long enough to get married become a proud pet owner, have children and grandchildren. We helped friends and family with employment and paved over 2 million square yards together. We traveled all over the United States and out of the country together. We watched over each other during a pandemic. We lived through two hurricanes together (Hanna & Harvey) yet you still did not live long enough.

The day you left and gained your wings, my heart broke into pieces. I wish you could have stayed with me, but Heaven needed you. You left me with a lot of memories and secrets that I will deeply cherish. I know I can’t bring you back, although I wish for it every day; my heart is at peace knowing that you are where you want to be (with our dad)! Our family chain is broken, and nothing seems the same, but as God calls us home one by one, the chain will link again! Love you forever, G ball!

Most times, I’ll have the words to say with a heart of a lion, but I’m weak in the knees!!! This has been the saddest and most difficult week of my life! You loved me and your grandkids so so much. I love you forever; I appreciate everything, I mean anything!!!!! Thanks so much, pooh! I just wanna let you know you’ll forever be in my soul! Missing you always…Your Diamond loves you always!!!

A Memorial Tree was planted for Denariss "Zilla"

Join in honoring their life - plant a memorial tree

Your browser does not support this video format. You should be able to view it in Chrome, Safari or Internet Explorer.