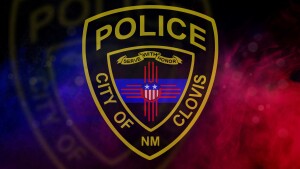 John Mares, of Clovis, NM, passed away on April 13th in Lubbock, TX at UMC Hospital. A memorial service will be held on April 22nd, 2022 at 10 a.m. at Steed Todd Funeral Home with a rosary being recited at 9:30. The family will then go to Fort Sumner for the Interment of Ashes.

John was born and raised in Fort Sumner, NM to Max and Rose Mares, on April 20th, 1939. John met Ester Martinez before he joined the military while breaking horses and she was milking cows. John and Ester were married in Raton NM on Friday 13th, October 1961. He joined the AirForce as an Aircraft Mechanic in 1959 and even had the opportunity to fly some of the aircrafts he worked on. He retired from the military 1978 and became a Police Officer the same year for Clovis, NM. He became Detective in 1981 for the Sheriff's Office in Clovis for 8 years, and later decided to go back to patrol to be a part of the D.A.R.E. program. In 1991 he became Chief of Police in Texico, NM. He retired from Chief of Police in 2013 then went to work at Marshall & Gattis Middle School as a Resource Officer for 6 years. He spent his retirement fishing, riding his motorcycle, camping, and spending time with his wife and their family.

“Some will walk through the gates of Heaven, others will ride”

John is preceded in death by his parents of Fort Sumner, his Aunt Stella of San Francisco, CA., and his 2 brother in-laws, Marty and Al Martinez of Santa, Fe, NM.

To send flowers to the family or plant a tree in memory of John Mares, please visit our floral store.