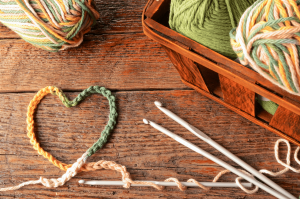 Pam was born to Vernard and Juanita Mills  of Newcastle, Wyoming.  Pam graduated from Newcastle High School in 1980 and went on to study at

Casper College.  She met James Steveson and they were married on 9 March 1981 to this marriage 3

wonderful children Zac, James, and Amanda were born. She is now an Army soldiers wife which would

locations.  They recently celebrated their 41st Anniversary together with 3 wonderful children by the

assignment orders.  She really enjoyed her time in Germany visiting the many different towns,

especially excited when the wine festivals were in season to sample, October Fest activities, and Volks

Marches.  Alaska brought the nice summers to fish for King Salmon and salt water for Halibut.  She was

not too fond of the winters and short daylight, but the long daylight summers made up for it.  Louisiana,

and Texas brought excitement to go down to the gulf coast to fish for shrimp, red drum, and the blue

crabs. This required skill fishing from shore. She would tie a piece of chicken neck

to a piece of string, throw it into the water and wait for it to get tight then slowly drag it in.

Later on in life after her husband retired from the service they settled down in Rapid City, South Dakota,

and bought a camper.  She loved to just stay in the Black Hills of South Dakota.

There was so much to do with family and grandchildren, along with our adopted children. Pam loved

fishing, and ATV’ing on the Black Hills Trail system during our camping outings. Pam over the years just

loved spoiling our 7 grandchildren along with our many adopted children who called her mom.

Pam enjoyed many different hobbies in her life.  Earlier in life she loved crocheting, knitting, and

canning that she learned from her mother.  Later on in her life she began to get more involved in

canning during the summertime. The thanksgiving and Christmas season was her favorite time for she

would do so much baking of goodies. She just had to share with family and friends around her locally.

Pam is preceded in death by her son (Zac), father, mother, sister, grandparents, and  father-in-law.

She is survived by her husband James Steveson, Son-James Jr (Becky) Steveson, daughter

grandchildren, and numerous nieces and nephews.

Our family wish to extend our sincere thanks to Dr Manuel Macapinlac, his nursing staff, and the entire staff at Plains Regional Medical Hospital.

There were so many kind people during this time of need for Pam and the entire family.

To send flowers to the family, please visit our floral store.

A Memorial Tree was planted for Pamela

Your browser does not support this video format. You should be able to view it in Chrome, Safari or Internet Explorer.
SHARE OBITUARY